The Hochelaga Lectures 2015: The Judiciary’s Role in Safeguarding the Well-being of the Child

In this Hochelaga lecture, Judge Huang Yong-Wei, President of National Judges College of the People’s Republic of China, reviews the evolution of the law and courts relating to juvenile offenders in Mainland China over the past 30 years and anticipates its necessary developments in the near future. Judge Huang finds that during this period there have been significant improvements in the way in which juvenile matters in Mainland China are handled. Charting China’s course from a time when no specialized juvenile provisions existed to the proliferation today of various rights protection mechanisms, Judge Huang explores how both duplicating other countries’ modes of juvenile trial and inventing its own to reflect the cultural uniqueness of Chinese policy has enabled China to develop a series of effective principles and rules related to juvenile law, which has in turn influenced other areas of criminal law. However, Judge Huang demonstrates that despite these advances, there remain gaps in the law; the lack of a comprehensive system dealing with expunged criminal records, concerns surrounding the principle of non-recidivism for minors, and the lack of a comprehensive composite juvenile court system are all issues that he concludes should be addressed next in order to consolidate the existing gains that Mainland China has made in recent decades.
FULL DETAILS 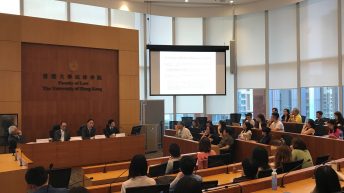