This lecture considers China’s rise as a global economic power and the implications for global tax governance, especially in light of the United States’ leadership in the international tax system.

In the late 1970s, China started to pursue economic reforms and “four modernizations” under the guidance of Deng Xiaoping’s thinking: “to get rich is glorious” plus China should “keep a low profile and bide its time” in international relations. In this context, the United States’ “normalization with China may have been most beneficial to world peace and understanding”.  Since then, China has become the world’s largest homogenous digital market and mobile economy, the first or second largest capital importer and exporter, the third largest consumer market, and a critical link in the global value chains of many multinational enterprises (MNEs). Moreover, China recently overtook the United States as the European Union’s biggest trading partner. What are the implications of China’s rise for global tax governance?

Jinyan Li is Professor of Tax Law and former Interim Dean of Osgoode Hall Law School, York University. She is the co-director of the LLM Tax Program.  She is on the Advisory Board of BRITACOM (Belt and Road Initiative Tax Administration Cooperation Mechanism). She has recently served on the Panel of Experts advising the Minister of Finance, Canada on reviewing tax expenditures. She has been a consultant to the Asian Development Bank, the International Monetary Fund (IMF), the Organisation for Economic Co-operation and Development (OECD), the Auditor General of Canada, and the Department of Justice in Canada.

Professor Li has received a wide range of significant awards recognizing her outstanding research and teaching, including a 2017 Lifetime Contribution Award from the Canadian Tax Foundation.  She was also recognized as a 2017 Research Leader at York University, and received an Academic Excellence Award from the Canadian Association of Law Teachers.  She has authored and co-authored over a dozen books, including International Taxation in the Age of Electronic Commerce: A Comparative Study, Principles of Canadian Income Tax Law, International Taxation in Canada and International Taxation in China: A Contextualized Analysis. Her work was extensively quoted in the most recent Supreme Court of Canada decision in Canada v. Alta Energy Luxembourg SARL (https://decisions.scc-csc.ca/scc-csc/scc-csc/en/item/19089/index.do). 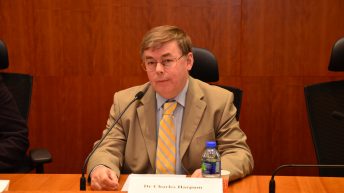