Since the promulgation of the Hong Kong National Security Law (NSL), the Trump Administration has introduced a series of measures aimed at sanctioning individuals and financial institutions involved in the development and implementation of the NSL. The NSL has put the future of the city on the line, by simultaneously generating growing uncertainty around Hong Kong’s status as a leading financial centre, and exposing China’s profound vulnerability to the U.S. dollar-centric financial network. In this webinar, three esteemed experts will join us for a discussion on the following topics:· The legal consequences of the recent and potential U.S. sanctions on Hong Kong· The corresponding economic impact on domestic and foreign financial institutions in Hong Kong· The potential Chinese countermeasures that can be employed the short-term and the country’s strategy of de-dollarization

Moderator:Angela Zhang, Associate Professor & Director of Centre for Chinese Law at the University of Hong Kong

Guest Speakers:Benjamin Kostrzewa is a senior attorney specializing in international trade law at Hogan Lovells. He previously served as assistant general counsel at the Office of the U.S. Trade Representative where he handled WTO disputes, FTA negotiations as well as U.S.-China conflicts and negotiations.

Elizabeth Rosenberg is the Director of the Energy, Economics, and Security Program at the Center for a New American Security. She was formerly a Senior Advisor at the U.S. Department of the Treasury, assisting to develop and implement financial and energy sanctions on countries such as Iran, Libya and Syria.

Victor Shih is an Associate Professor of political economy and the Ho Miu Lam Chair in China and Pacific Relations at University of California at San Diego. He is an expert on the politics of Chinese banking policies, fiscal policies, exchange rate as well as the elite politics of China. He is also the author of “Factions and Finance in China: Elite Conflict and Inflation.” 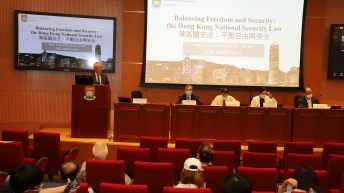 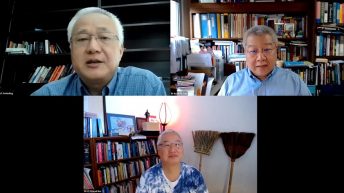 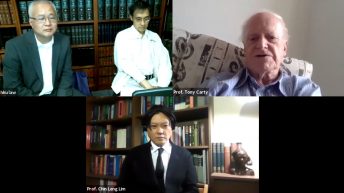 The Joint Declaration and the National Security Law: An International Law Analysis