In the latter half of the Hu Jintao / Wen Jiabao administration, there was a common perception amongst scholars of Chinese law that the formal legal system and, in particular, adjudication of disputes, was being afforded a lesser priority, amidst increasing concerns over the maintenance of “social stability”. By contrast, rhetoric about the legal system which accompanied the new administration of Xi Jinping and Li Keqiang in 2012, as well as appointments of respected legal figures to leading positions throughout the party-state legal hierarchy, delivered an impression that China might be on the cusp of a renewed “turn towards law”. To be sure, from the earliest days of the new administration, there remained clear indications that trends restricting the space for legal and other advocacy in China would continue even amidst any new prioritization of formal legal process. But the 2014 Decision of the Fourth Plenum of the 18th Party Congress seemed to augur well for new rounds of judicial and administrative law reform. Against that backdrop, this presentation will grapple with the formidable obstacles to judicial and administrative law reform that have become strikingly apparent in the years since that Fourth Plenum Decision. 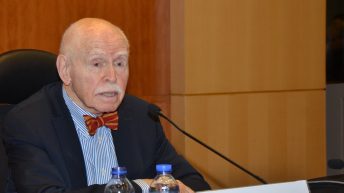